5. The Potential for conflict between same Types

Just a quick one today to dispel the idea that if we are the same Type as someone we will automatically get on well.

Sometimes this is true.  I have the advantage of going to a lot of Type events where we are asked to get into Type-alike groups for activities.  I have often had the experience of developing immediate rapport with my fellow INTJs, and basking in the luxury of being understood without even having to explain – oh joy!

However, being the same or similar Type as someone can also lend itself to a potential cause of conflict known as Projection.  Popularised by the work of Sigmund Freud and one of his Ego Defence Mechanisms (in my opinion one of the best parts of his theory), the official definition of Projection from Brittannica.com is:

“Projection is a form of defense in which unwanted feelings are displaced onto another person, where they then appear as a threat from the external world. A common form of projection occurs when an individual, threatened by his own angry feelings, accuses another of harbouring hostile thoughts.” 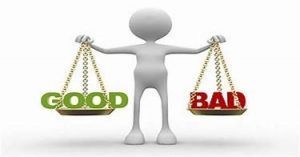 We all have good sides and not-so-good sides to our personalities.  Some of the qualities and strengths of our Types, under certain circumstances (especially during conflict) can tip over into being negatives.

This  ‘re-allocation’ of our undesirable qualities or feelings that do not fit our ego image of who we are is a largely unconscious process.  We don’t do it deliberately and we rarely realise that we are projecting.  In reality, we can project anything undesirable about ourselves on to anybody; however, we often project the less attractive aspects of our personalities onto people who are similar to us – we can spot it in them but not in ourselves.

I am very guilty of this; often describing other INTJs as stubborn, smart-arsed or interrogative, when these are characteristics that I hate to admit I possess in vast quantities. In fact, I have been criticised by others for having these qualities, so they are clearly visible to others.  These qualities live in our ‘shadow’, so when we recognise them in others we often feel emotionally activated or triggered.

So next time someone is getting on your nerves in a way that makes you feel unreasonably irritable, take a moment to identify the characteristic they are displaying and consider where that characteristic lives in yourself.

The next article will look at the The Potential for Conflict from the Perspective of Developmental Stage, followed by the final article –
7) How different types may try to Resolve Conflict