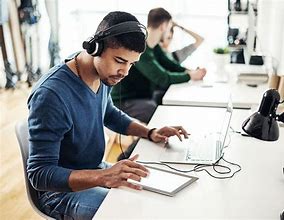 My attention was grabbed by an article in this month’s edition of The Psychologist entitled Music while you think?  The article described some research carried out by Manuel Gonzalez and John Aiello in which they compared the effect of listening to music on task performance between two groups.  The groups were labelled as ‘prone to boredom’ vs ‘not prone to boredom’; however the alternative definition provided to describe the groups was ‘likes plenty of external stimulation or not”. Sounds to me like the Jungian definition of Extraversion vs Introversion, don’t you think?
This topic has always been of interest to me as I listen to music all the time, and even have it on quietly while I’m asleep.  Personally I find that it helps me concentrate, and without it my internal chatter can get too loud.  Like most introverts, I often get very absorbed in my work, so much so that I barely notice what music is actually on, but I would notice immediately if it switched off.
So I have often asked Extraverts and Introverts whether or not they like to have music on while they work, and the results have been very inconclusive.  The Introverts vary between a ‘yes’ and ‘no’ to the question, and the Extraverts often say they find it too distracting, or that they like to have music on that has no lyrics otherwise they find themselves singing along.  There is also usually a caveat around “it depends what I’m doing”.

What was interesting about the research that Gonzales and Aiello carried out was the different conditions that were set up.  So the two groups were tested out on combinations of simple vs complex music, while carrying out simple vs complex tasks.  Volume was also added as a variable for some conditions.
They observed differences between the groups on these variables in different combinations.  For example, the ‘not prone to boredom’ (aka Introvert) group 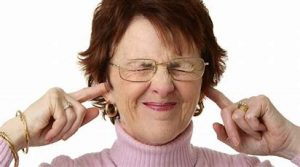 performed simple tasks better when listening to complex music, as compared to simple or no music. The ‘prone to boredom’ (aka Extravert) group performed simple tasks better with no music or simple music.  For the complex task the Introvert group benefited from having any music (complex or simple) at any volume than they did without any music at all, while the Extravert group performed better with no  music.  The explanation fitted well with Type theory – “the low boredom people …. music provided just enough distraction  to stop them from mind wandering from the simple task. In contrast, the more boredom prone participants who like external stimulation tuned in too much … and were overly distracted by it”. Note – the music used in this study was instrumental only and lyric free.

My questioning of Introverts and Extraverts on this has been inconclusive, so I would be interested in your comments on this.  The question is Do you work better with or without music?  But then broken down into ‘Instrumental vs Lyrics vs Either’, ‘Only on simple tasks vs Either simple or complex tasks’.  And feel free to add any other variables that make it work or not work for you.  Send me your comments and let’s see what emerges.

Reference: Music while you think?, Christian Jarrett, The Psychologist April 2019.

One thought on “Does Music Help or Hinder your Thinking?”